The FEATURE FILM COMPETITION programme of the Riga International Film Festival (RIGA IFF) will present the world premiere of 7 Billion Years Before the End of the World by Latvian director Jānis Ābele. The screening will take place on October 25 at the cinema Splendid Palace and the tickets are on pre-sale already.

The feature debut of Jānis Ābele tells about two young people from Latvia. He is studying restoration in the South of France, she has been settled in Marseilles for quite some time already and attracts his attention as she astoundingly resembles an image that he has discovered underneath the upper layer of an altar painting. When Leo and Anna return to Latvia to enjoy their life and togetherness, something mysterious is starting to unfold…

The main inspiration of the director comes from the French New Wave and French cinema in general. The French actor, director and screenwriter Emmanuel Mouret plays a role in this film and will meet with the audience in Riga also to present his latest directorial work that is included in the FESTIVAL SELECTION programme of the RIGA IFF – Mademoiselle de Joncquières is based on an episode recounted in Jacques the Fatalist and His Master (1796) by Denis Diderot. Emmanuel Mouret was a jury member at the 33ed edition of Tous Courts, International short films festival of Aix-en-Provence, where Jānis Ābele was awarded Grand Prix for his graduation work Six feet above (Augstāk par zemi / Le Chat Perché, 2015).

The protagonists in 7 Billion Years Before the End of the World are Raimonds Celms, actor of the Latvian National Theatre, and Jana Herbsta, actor of the Mikhail Chekhov Riga Russian Theatre. Due to close collaboration with the cinematographer Toms Šķēle, these cinematic reflections on love and the desires of young people are influenced by the creative heritage of Krzysztof Kieślowski. A valuable addition to the film is the music soundtrack by the band Baloži Pilni Pagalmi.

Even though the shooting took place both in Latvia and France, the filmmakers managed to work on a tight budget – just 30 000 euros. That wouldn’t have been possible without the efforts of Latvian production company Ego Media, support by airBaltic, the prize received at the festival Tous Courts – equipment rental in Provence, and the contribution of the co-producer Maxime Gavaudan (Société BELAVOX FILMS) – by finding locations, ensuring the film crew, and providing a sound recording studio in France.

The second feature film of Jānis Ābele is Jelgava 94, based on the best seller by Jānis Joņevs. It has reached the production stage already and will be completed by production company Jura Podnieka studija in spring of 2019. 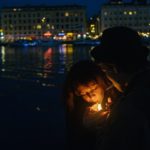 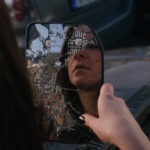 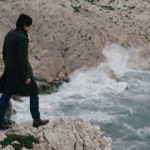 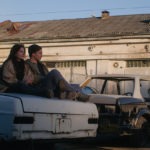 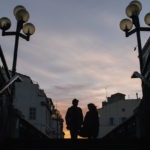 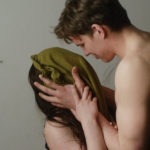 7 Billion Years Before the End of the World